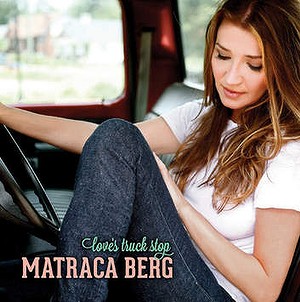 WHEN Matraca Berg’s The Dreaming Fields came out in 2011, some 14 years after her previous solo album but well into her career as a much-covered songwriter in the country-Americana world, I found myself swept up in the quality of these songs, the depth of the storytelling and the completely beguiling voice – an impression reinforced on Love’s Truck Stop.

Berg’s sombre and elegant songs don’t traffic in either platitudes or false optimism: there’s a lot of sadness and pain, often physical but more damagingly in the hearts and souls, which can’t be erased with a prayer, a drink or, well, a country song. And there’s anger, too. But her characters struggle and push against the inevitable, not because they think they can change the world but because the world doesn’t have to change them.

While Berg’s voice hints at a turn to something dramatic and maybe overdone, it never happens and there is no wasted effort, no musical fat in songs that seem to have made no moves to enter your life but somehow have taken up residence within a few spins of the album.

If you want a final seal of confidence, Emmylou Harris duets with Berg on the heartbreaking Magdalene. That’s good enough for me.